Why Your Target Customers Prefer Video, Even If You Think They Don't (Ep. 41) 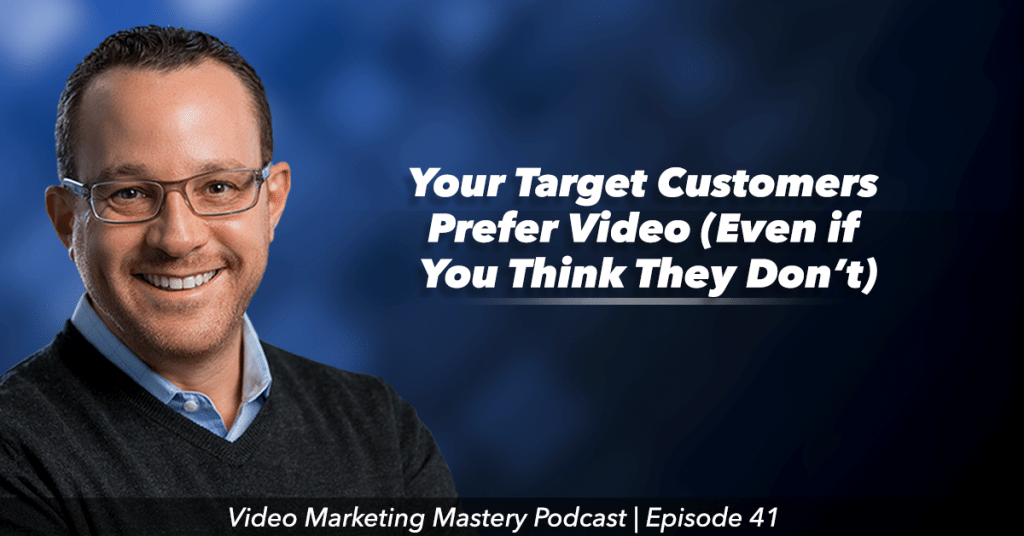 Because that’s what ALL the data shows.

Yet, some marketers still make the argument that their target customers aren’t interested in video.

For example, many point out that they have an “older demographic,” implying that older people prefer reading to watching video. This is a false assumption.

The reality is, we’re not all that different from one another. The data is clear: when you have access to the online behavior patterns of ⅓ of the world’s population — and they’re favoring video across the board — then you can bet that the other 5 billion other people also prefer watching a video to reading text.

Just because they’re not on Twitter, Facebook, or YouTube doesn’t mean that your target customers are completely different from the rest of us. Our brains are all wired in surprisingly similar ways, so no matter how unique or unusual you think your target customer is, chances are they still like watching videos.

Still not convinced? Give this episode a listen!

Get the episode on iTunes: http://apple.co/2djCtcj