How Samsung Is Problem-Solving with Video (ep. 66) 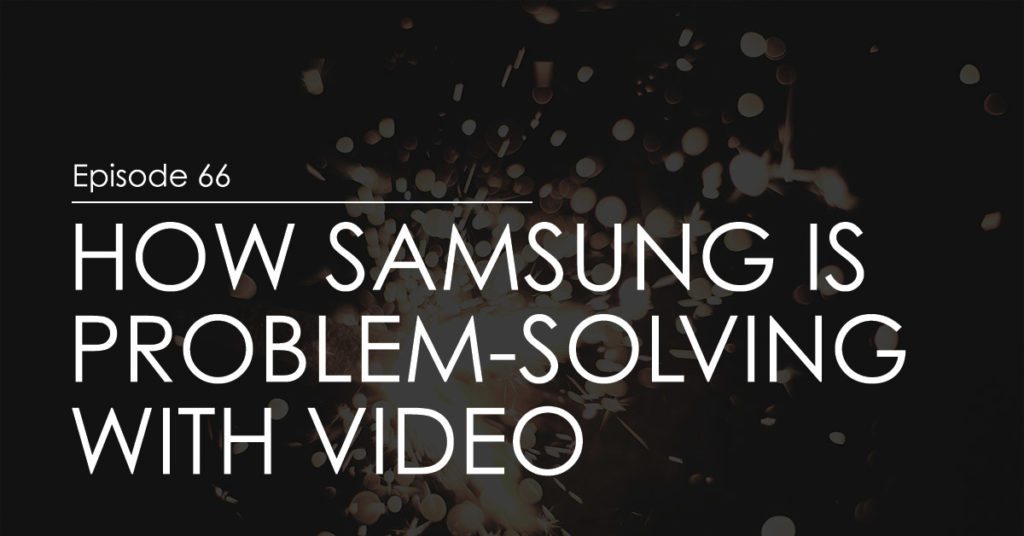 Last year, their Galaxy Note 7 had a serious problem. The battery was prone to overheating, to the point where some of the phones were exploding.

Of course, they issued a recall of 2.5 million phones and replaced them with “safer” batteries that also caught fire.

These phones weren’t allowed on planes, they caused physical harm to some of their customers, and the fiasco cost Samsung over $22 billion dollars.

Even worse, their reputation tanked. The latter half of 2016 was nothing but damaging press coverage for the tech giant. And without a doubt, they’ve lost some customers for good.

But you might be wondering, what does this have to do with video marketing?

Instead of trying to sweep the whole ordeal under the rug, and hope that time heals all wounds,  Samsung is using video to introduce their renewed “commitment to quality” and what they’re doing to win consumer trust back.

In this week’s podcast, Marcus joins me to explain Samsung’s video strategy and how you can emulate it.

Be sure to listen in and take a look at some examples of Samsung’s campaign in the Links and Resources section below!

Watch my Thank You video to the UofA's SALT Center.

Fox News is doing it right when it comes to video autoplay! Take a look in the bottom right corner.

Here's a photo of Wendy and I with Shark Tank investor, Daymond John.