What Fake News Means for Google and Facebook (Ep. 52) 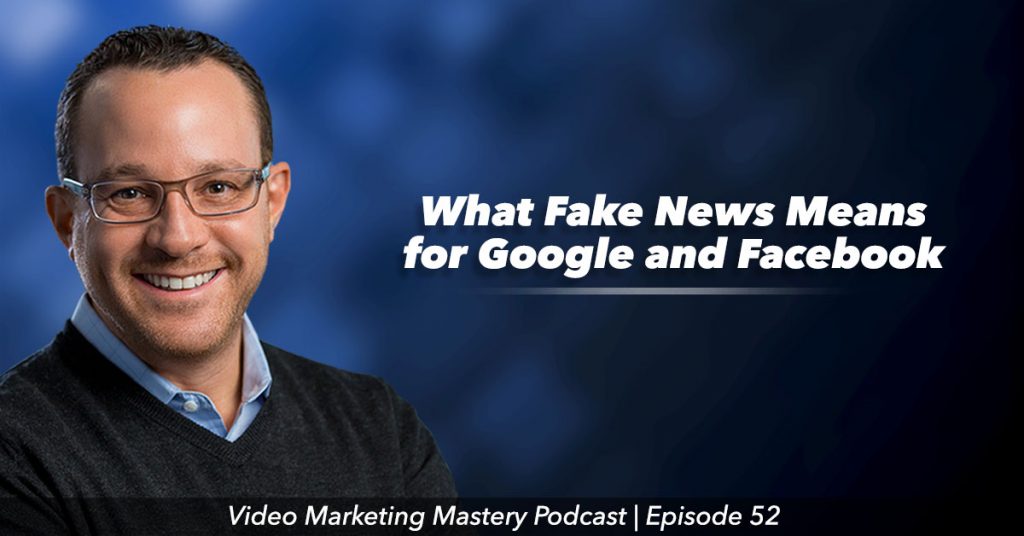 Facebook and Google are both receiving tons of criticism for allowing websites that publish inaccurate articles to go viral on their sites.

Some are even citing fake news as the reason for the 2016 presidential election results!

But as an investigative journalist in my past career, I know this is nothing new.

Fake news was a problem long before Google and Facebook ever existed, only now it’s easier to spot and fact-check.

For many, that’s not a good enough solution...

People are calling for reform.

But if two of the biggest tech giants in world start doing what is asked of them and become the judges of what is and isn’t “real,” then what does that mean for new media?

In this episode, I share the consequences of censorship in the digital age, and answer a few of our listeners’ video questions that we’ve received over the past week.

This is definitely an episode you won’t want to miss!

Get the episode on iTunes: http://apple.co/2gV0s2C

Check out my Little League team with Tito Jackson and his 3 sons!

Take a close look at these two newspaper clippings:

Trust me, fake news has been a problem for a long time!